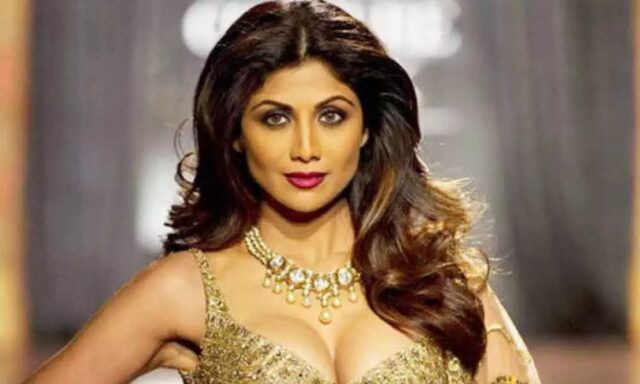 Shetty’s career saw a resurgence as a leading lady by the turn of the millennium with the romantic drama Dhadkan (2000), marking a turning point in her career. This was followed by roles in the box office hits Indian (2001) and Rishtey (2002), which brought her praise and another Filmfare nomination for Best Supporting Actress. Shetty received critical acclaim for playing a career woman suffering from AIDS in the drama Phir Milenge (2004), which garnered her several nominations including the Filmfare Award for Best Actress. She subsequently appeared in successful films such as the action thriller Dus (2005), the drama Life in a… Metro (2007), which garnered her critical praise, and the sports drama Apne (2007). She was also noted for her dance performance in the song “Shut Up & Bounce” from the 2008 romantic comedy Dostana. Following this, she took a break from acting in films.

In 2006, she ventured into reality television by judging the dance reality show Jhalak Dikhhla Jaa. In early 2007, Shetty joined the fifth season of the UK reality show Celebrity Big Brother. During her stay in the house, Shetty received much international media coverage and attention for the racism she faced by her fellow contestants and for ultimately winning the show. This was followed by her hosting the second season of the reality show Bigg Boss. Shetty has since taken on the role of judge on several Indian dance reality shows such as Zara Nachke Dikha (2010), Nach Baliye (2012–20) and Super Dancer (2016–present).

In addition to acting in films, Shetty is a celebrity endorser for brands and products and is vocal about issues such as feminism and animal rights. Shetty has worked with PETA since 2006 as part of an advertising campaign against the use of wild animals in circuses. She is also a fitness enthusiast and she launched her own Yoga DVD in 2015. She is involved in several fitness campaigns such as the Fit India Movement, launched by the Government of India. Shetty was awarded the Champions of Change Award for her work on the Swachh Bharat Mission cleanliness campaign. From 2009 to 2015, she was a part-owner of the Indian Premier League team Rajasthan Royals.

Shetty was born in Mangalore, Karnataka in a Tulu speaking Bunt family. Her mother Sunanda and late father Surendra Shetty were both manufacturers of tamper-proof water caps in the pharmaceutical industry. Shamita Shetty is her younger sister.

Shetty was educated at St. Anthony’s Girls High School, Chembur and at Podar College in Matunga. A trained Bharatanatyam dancer, she was the captain of the volleyball team at her school.

In 1991, after completing her tenth-grade examinations, Shetty began her career as a model with a Limca television commercial and subsequently featured in several other commercials and advertisements, following which she began receiving offers for film roles. Shetty continued to pursue her career as a model until she became an actress.

Having worked with Akshay Kumar in Main Khiladi Tu Anari (1994), Shetty began dating him on the set of Insaaf (1997), the latter having just broken up with actress Raveena Tandon. Shetty spoke openly about her relationship with Kumar. The Indian media speculated that she had gotten engaged, and reported that Kumar wanted Shetty to quit films and settle down. Shetty had stated, however, that she had no plans to marry. The couple broke up in 2000 whilst filming Dhadkan.

In February 2009, Shetty got engaged to Raj Kundra, with whom she was co-owner of the Indian Premier League (IPL) cricket team Rajasthan Royals. The two married on 22 November 2009. Shetty gave birth to a son on 21 May 2012. The couple had a second child, a girl, on 15 February 2020 via surrogacy.

Obscenity charge
In April 2006, a Madurai court issued non-bailable warrants against Shetty and actress Reema Sen for “posing in an obscene manner” in photographs published by a Tamil newspaper. The report stated that the two actresses had failed to comply with earlier summonses, hence the issuance of the warrants. The petitioner submitted that the paper had published “very sexy and medium blow-ups” in its December 2005 and January 2006 issues, and alleged that these violated the Indecent Representation of Women (Prohibition) Act 1986, Young Persons (Harmful Publications) Act 1956, and the Indian Penal Code Section 292 (Sale of Obscene Books). The petitioner further demanded that the images be confiscated under the terms of the Press and Registration of Book Act 1867.

Shetty responded that she had not received any court summons and also discounted the charges. She further claimed that the pictures were freeze-frame shots from a recent movie that only exposed her navel. “As far as my photographs go, what is obscene about it? If navel-showing is obscenity, then our traditional Indian outfit – the traditional sari – should be banned in the first place.”

In January 2007, outgoing Chief Justice Y.K. Sabharwal confirmed that Shetty had written to him requesting that he enunciate guidelines against frivolous lawsuits against the artists, but he had refused her plea on the grounds that she should have filed a formal petition instead of writing a letter.

Racism controversy
During her stay on Celebrity Big Brother 5, Shetty was the target of racism and bullying by some other housemates, chiefly Jade Goody, Jo O’Meara and Danielle Lloyd. After correcting Goody’s mother, who mispronounced Shetty’s name as ‘Shiwpa’, Shetty was mocked for her Indian accent and was branded “The Indian” and was referred to as a “dog” by Lloyd. Referring to Shetty, O’Meara generalised that all Indians were thin because they were “sick all the time” as a result of undercooking their food, following their belief that Shetty had undercooked a chicken, which had given O’Meara diarrhea. Lloyd also mentioned that she disliked Shetty touching her food because she did not “know where her hands have been”.

After Shetty had attempted to dispose of the left-over chicken soup down the toilet and had caused a blockage, housemate Jack Tweed suggested that she should pick the bones out with her teeth and allegedly referred to her as a “fucking Paki”, although show producers denied this and stated that the word used was “cunt”. During a fierce argument, Goody told Shetty that she needed to “spend a day in the slums”, although the media falsely reported this as “go back to the slums”. Claiming that she did not know Shilpa’s surname, Goody referred to her as “Shilpa Fuckawallah”, “Shilpa Daroopa”, and “Shilpa Poppadom”, later claiming that they were non-racist references to Indian food. Lloyd had opined that Shetty’s English-speaking skills were lacking and said she should “fuck off home”.

Shetty had been reduced to tears on several occasions, telling fellow housemate Ian Watkins: “I feel like I’m losing my dignity.” After the show, Goody stated that she understood her comments appeared as racist and apologised for any offence caused. On 14 February 2007, Shetty said “Jade and Danielle did apologise. And I’ve forgiven them. Anyone, who knows me, knows I forgive and forget easily.” On 17 February 2007, Shetty said that she wanted to forgive Jo O’Meara, but she and other Celebrity Big Brother contestants had difficulty contacting her. After Goody apologised to Shetty for her behaviour, Tweed stated that he was very disappointed with Goody for apologising, and called Shetty a “dick” after previously describing her as a “wanker”. Shetty speculated that she might be a victim of racism, but later retracted it by claiming: “People say things in anger.” In May 2007, Lloyd attended the premiere of Shetty’s film Life in a… Metro in London, in which the two were photographed together.

The screening of the racial comments on UK television resulted in national and international media coverage, responses from the UK and Indian governments, and the show’s suspension during the 2008 season. Many agencies and corporations cancelled their contracts with the housemates accused of racism, citing the allegations as the reason for the terminations. Also, many sponsors of the Big Brother series cancelled or suspended their sponsorship of the show. After conducting an investigation, Ofcom ruled that Channel 4 had breached the Ofcom code of conduct, and statutory sanctions were placed on the network.

Richard Gere kissing incident
On 15 April 2007, the American actor Richard Gere hugged and kissed Shetty repeatedly on the cheek during an AIDS-awareness event. In response, a number of protesters, including members of the Hindu nationalist political party Shiv Sena, beat burning the effigies of Gere with sticks. The protests occurred in a variety of cities, including Varanasi, Bhopal, Kanpur, Indore, Delhi and Mumbai. Others set fire to glamour shots of Shetty. Some groups demanded an apology from her and threatened to ban her movies in the state. Shiv Sena leaders denied involvement in the protests, but Shiv Sena member of Parliament Sanjay Raut observed that the protests are “just a manifestation of the anger of the general public” and that there was “nothing wrong with expressing contempt at such an act”.

Shetty responded to these protests by saying, “I understand this (kissing) is his (Gere’s) culture, not ours. But this was not a big thing or so obscene for people to overreact in such a manner. I struggle to understand these people’s sentiments, but mainly I do not want a foreigner to take bad memories from here.” On 26 April 2007, an Indian court in Rajasthan issued a warrant for Shetty and Gere’s arrest. A two-judge bench of the Supreme Court headed by the Chief Justice of India subsequently dismissed the suit and suspended the arrest warrants. While the charge against Gere was dropped soon after the incident, the charge against Shetty was not formally dismissed until January 2022. Gere has since expressed regret for causing any offence and Shetty has said: “so much has been blown out of proportion”.