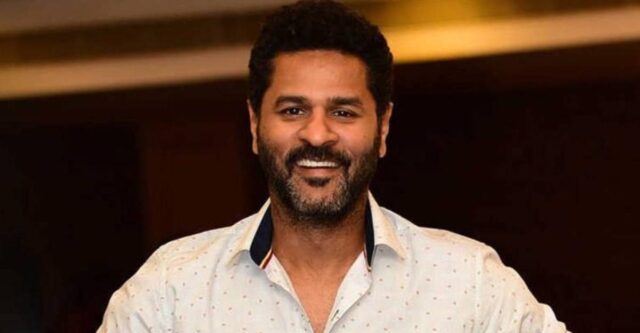 Prabhu Deva Height Weight Age Biography Family Wiki Net Worth, Affairs, Marriage & much more. Prabhu Deva (born 3 April 1973) is an Indian dance choreographer, film director, producer and actor who has worked predominantly in Tamil, Hindi, and Telugu language films. In a career spanning 32 years, he has performed and designed a wide range of dancing styles and has garnered two National Film Awards for Best Choreography. In 2019, he was awarded the Padma Shri for his contributions to dance.

Beginning with a series of acting roles in the 1990s and early 2000s, Prabhu Deva featured in several commercially successful films including Kadhalan (1994), Love Birds (1996), Minsara Kanavu (1997) and VIP (1997). After further critically acclaimed performances in the comedy Kaathala Kaathala (1998), the family drama Vanathai Pola (2000), and the romantic dramas Pennin Manathai Thottu (2000) and Alli Thandha Vaanam (2001). Deva then failed to recreate the success of his earlier films and his box office value began to decline and he subsequently made appearances in supporting roles in Tamil. He then successfully ventured into direction with the 2005 Telugu film Nuvvostanante Nenoddantana, and the success of the project prompted further offers for Deva as a director. He then went on to make highly profitable films in Tamil, Telugu and Hindi languages such as Pokkiri (2007), Shankar Dada Zindabad (2007), Wanted (2009), Rowdy Rathore (2012), R… Rajkumar (2013) and Singh is Bliing (2015).

Prabhu Deva was born in Mysore of present-day Karnataka state on 3 April 1973 to Mugur Sundar and Mahadevamma Sundar in a Kannada speaking Lingayat family. Inspired by his father Mugur Sundar, a choreographer for South Indian movies, he took up dancing, learning Indian classical dance forms such as Bharatanatyam from Dharmaraj and Udupi Lakshminarayanan as well as Western styles. Raju Sundaram and Nagendra Prasad are his brothers.

Deva first appeared as a boy playing a flute in the song “Panivizhum Iravu”, from the Tamil film Mouna Ragam (1986). He later appeared as a background dancer for a song in the 1988 Tamil film Agni Natchathiram. Deva’s first venture as a choreographer was the Kamal Haasan starrer Vetri Vizha (1989). He has since then choreographed for over 100 movies. From choreography, he went into acting. In 1999, Deva, Shobhana and A. R. Rahman performed with a Tamil cinema dancing troupe at the “MJ & Friends” Michael Jackson tribute concert in Munich, Germany. As of 2010, he serves as chairman and director of the Prabhu Deva’s Dance Academy in Singapore. He planned to release his first video album called It is boring in 2013.

Prabhu Deva married Ramlath, who later changed her name to Latha. They had three children, but their eldest son died of cancer in 2008, aged 13. In 2010, Ramlath filed a petition at the family court, seeking directions against Deva from live-in relationship with the actress Nayanthara and requesting a reunion with him. Furthermore, Ramlath threatened to go on a hunger strike if Prabhu Deva married Nayanthara. Several women’s organisations conducted protests against Nayanthara for bringing disrepute to Tamil culture, burning an effigy of her. Ramlath and Deva divorced in 2011. In 2012, Nayanthara confirmed that she had ended her relationship with Prabhu Deva.

Deva has moved to Mumbai and is residing at Boney Kapoor’s old place called Green Acres. Prabhu Deva’s mother Mahadevamma is from the village of Doora, about 17 kilometres (11 mi) from Mysore. He owns property in Doora, and has developed a farm there.

In May 2020, amid the COVID-19 lockdown in India, Deva married Himani, a Mumbai based physiotherapist.

Deva made brief appearances in solo items such as “April Mayile” in Idhayam (1991), “Lallaku Doldapi Ma” in Suriyan (1992), “Chinna Rasave” in Walter Vetrivel (1993), “Chikku Bukku Rayile” in Gentleman (1993), after appearing as junior artist in songs such as “Rajathi Raja” in Agni Natchathiram (1988). He performed with Madhuri Dixit in the song “Ke Sera Sera” for the movie Pukar. He acted along with Lawrence Raghavendra in the 2006 Telugu film Style. He performed with Apache Indian in the song “No Problem” for his film Love Birds.

He performed at the opening ceremony of the 2012 Indian Premier League on 3 April in Chennai along with Amitabh Bachchan, Salman Khan, Kareena Kapoor, Priyanka Chopra and American artist Katy Perry. The event was special to Prabhu Deva as he shared his 39th birthday on the same day.