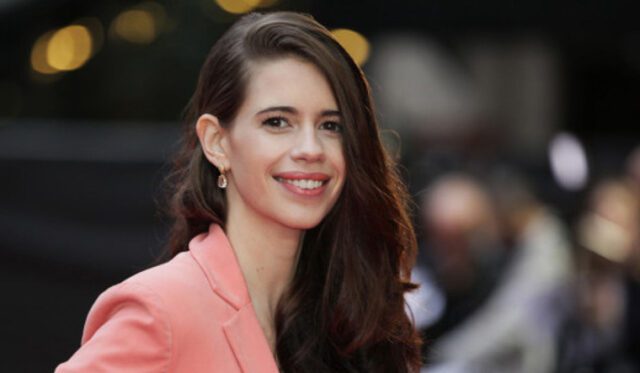 Kalki Koechlin Height Weight Bra Size Age Biography Family Wiki Net Worth, Affairs, Marriage & much more. Kalki Koechlin (born 10 January 1982) is a French actress and writer who works in Hindi films. Known for her unconventional body of work, she is the recipient of such accolades as a National Film Award, a Filmfare Award, and two Screen Awards. Although a French citizen, she has been brought up and lived most of her life in India.

Born in Pondicherry, India, Koechlin was drawn to theatre from a young age. She studied drama at Goldsmiths, University of London, and worked simultaneously with a local theatre company. She has appeared in a number of plays, including David Hare’s The Blue Room, Marivaux’s The Dispute, and Ajay Krishnan’s Hair. After returning to India, she made her screen debut as Chanda in the drama Dev.D in 2009, and won the Filmfare Award for Best Supporting Actress. Subsequently, she starred in two of the highest-grossing Hindi films of their respective release years–the romantic comedy-dramas Zindagi Na Milegi Dobara (2011) and Yeh Jawaani Hai Deewani (2013), both of which garnered her Best Supporting Actress nominations at Filmfare. Koechlin expanded her career into screenwriting with the 2011 crime thriller That Girl in Yellow Boots, in which she also played the lead role.

Koechlin’s continued association with such commercial films as the supernatural thriller Ek Thi Daayan (2013) and the musical drama Gully Boy (2019) sustained her success, as she continued to draw praise for her performances in independent films, including the comedy-drama Waiting (2015) and the slice of life film Ribbon (2017). She won further acclaim and a National Film Award for her role as a young woman with cerebral palsy in the coming-of-age drama Margarita with a Straw (2014). Beginning in the late 2010s, Koechlin made a transition to web content and appeared in a spate of successful web series. She drew particular praise for her portrayal of a lonely socialite in Amazon Prime Video’s Made in Heaven and a self-styled godwoman in Netflix’s Sacred Games (both 2019).

Koechlin has written, produced, and acted in several stage productions. She co-wrote the drama Skeleton Woman (2009), which won her The MetroPlus Playwright Award and made her directorial debut on stage with the tragicomedy Living Room (2015). Koechlin is also an activist and promotes various causes ranging from health and education to women empowerment and gender equality.

Kalki Koechlin was born in Pondicherry, India, on 10 January 1982 to French parents, Joël Koechlin and Françoise Armandie, who came to India from Angers, France. She is a descendant of Maurice Koechlin, a French structural engineer who played an important role in the design and construction of the Eiffel Tower. Koechlin’s parents are devotees of Sri Aurobindo, and she spent a significant amount of her early childhood in Auroville. The family later settled in Kallatty, a village near Ooty in Tamil Nadu, where Koechlin’s father established a business designing hang-gliders and ultralight aircraft.

Koechlin was brought up in a strict environment in Ooty where she spoke English, Tamil, and French. Her parents divorced when she was fifteen; her father moved to Bangalore and remarried, while Koechlin continued living with her mother. She has described the time that she spent at Kalatty between the ages of 5 and 8, before her parents’ divorce, as her “happiest”. Koechlin has a half-brother from her mother’s previous marriage and a half-brother from her father’s subsequent marriage.

Koechlin studied at Hebron School, a boarding school in Ooty, where she was involved in acting and writing. She has admitted to being shy and quiet as a child. Koechlin aspired to study psychiatry and become a criminal psychologist. After completing her schooling at the age of 18, she moved to London and studied drama and theatre at Goldsmiths, University of London. There, she worked for two years with the theatre company Theatre of Relativity, writing The Rise of the Wild Hunt and performing in plays such as David Hare’s The Blue Room and Marivaux’s The Dispute. She worked as a waitress on weekends.

After completing her studies, Koechlin moved back to India and lived with her maternal half-brother in Bangalore. Unable to find work there, she moved to Mumbai, where she worked with theatre directors and with Atul Kumar and Ajay Krishnan, the founders of a Mumbai-based theatre company called “The Company Theatre”. They were looking for actors for a theatrical festival, Contacting the World, to be held in Liverpool.

Koechlin married film-maker Anurag Kashyap in April 2011, at her maternal home in Ooty. The two met while filming her debut film Dev.D. On 13 November 2013 Koechlin and Kashyap issued a joint statement addressing their separation. On 19 May 2015, they filed for divorce at a Mumbai family court. During the period between their separation and eventual divorce, the couple went through marriage counseling. Amidst all the news and speculation surrounding the separation, Koechlin revealed that she regretted being so transparent about her personal life, stating in 2012, “It just takes center stage instead of your work”. Since her divorce, she has rarely mentioned her personal life in public. Tabloids have often linked her romantically with other Bollywood stars, but she has strongly denied any such rumors. Koechlin adopted a rescue cat named Dosa.

On 30 September 2019, Koechlin confirmed her pregnancy with her boyfriend, Guy Hershberg, an Israeli musician. Their daughter, Sappho was born on 7 February 2020 through water birth.

She stated in an interview with Daily News and Analysis, that she was a victim of stereotypes in her teenage years and early film career, where she was stereotyped as a ‘white girl’ in India. She goes on to say, “Even as an actor, you have days when you haven’t slept enough, you don’t feel like you’re good enough or pretty enough … But ultimately, it’s all about attitude. You must live with a little abandon and not be self-conscious. You ought to stop staring at yourself in the mirror, and just smile a little!” She acknowledged her share of confusion regarding her identity as a “white-skinned woman growing up in Tamil Nadu”, who had to defend her “Indian-ness” on numerous occasions. In an interview with The Local, she said of herself, “My skin is white, but my heart is brown.” She has a French passport and stated in an interview that she chose it over an Indian passport as it is easier to travel with the former.

Koechlin began writing poetry during her childhood and has variously performed and recorded self-written poems. A patron of socially relevant poetry, she performed a solo theatrical monologue entitled, Wo-Monologue at a December 2016 event organized by the FICCI Ladies Organisation. She has also sporadically recited An Intense Piece about the Truths of Womanhood, a soliloquy, on such events as the International Women’s Day special at the India Today Conclave in March 2014 and the 2016 Kalyani Nagar meeting of the FICCI Ladies Organisation. She recited three separate poems focusing on consumerism, contemporary society, and a comic nursery rhyme at “Spotlight”, a poetry slam in Mumbai. Koechlin was a member of the jury at the 2016 National Youth Poetry Slam, held in Bangalore.

Koechlin starred in a 2016 video, entitled Printing Machine that talked about the approach of media and society towards crimes against women, as a part of Culture Machine’s video series “Unblushed”. The five-minute video was released on YouTube and featured a poem penned and recited by Koechlin. The video was well-received by critics and viewers. She also received a letter of appreciation from Melinda Gates, co-founder of the Bill & Melinda Gates Foundation, for her contribution to bringing attention to women’s issues. The success of Printing Machine was followed by a second collaborative video for the Unblushed series, Noise, another original poem that was released on the company’s YouTube channel on 22 June 2017 (World Music Day).

At the SpokenFest 2017, organized by Kommune India, Koechlin performed a 17-minute act entitled “Fairy Tale”. The piece aimed to highlight the “intrinsically faulty” representation propagated by fairy tales. She suggested alternative readings that, among other things, disregarded the notions of a princess ” must never displease”, a prince, who “has to be gentle and yet be a man” and interpreted a witch not as the “antagonist, but as a strong woman misunderstood by the society”. In response to the poem, Ishita Sengupta of The Indian Express suggested a re-reading of the fairy tales “in a new light”.

Koechlin’s debut book Elephant in the Womb is expected to come out by the end of 2021. This illustrated non-fiction book will trace her personal experiences with pregnancy and motherhood. The illustrations are done by Valeriya Polyanychko and it will be published by Penguin Random House India.