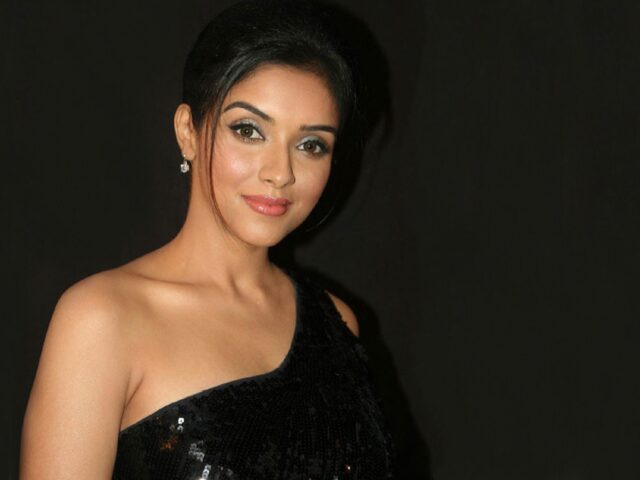 Asin Height Weight Bra Size Age Biography Family Wiki Net Worth, Affairs, Marriage & much more. Asin Thottumkal (born 26 October 1985), known mononymously as Asin, is a former Indian actress who appeared in Tamil, Hindi, Telugu and Malayalam films. She is a trained Bharatanatyam dancer. She has received three Filmfare Awards from ten nominations. She began her acting career in the South Indian film industry, but later shifted her focus to Bollywood. She speaks eight languages, and dubs her own films. She is the only Malayali actress, other than Padmini, to have dubbed in her own voice for all her films, irrespective of language. Asin has been referred to as the “Queen of Kollywood” by online portals in 2007.

Making her acting debut with Sathyan Anthikkad’s Malayalam film Narendran Makan Jayakanthan Vaka (2001), Asin had her first commercial success with the Telugu film Amma Nanna O Tamila Ammayi in 2003, and won a Filmfare Best Telugu Actress Award for the film. M. Kumaran Son of Mahalakshmi (2004) was her debut in Tamil and a huge success. She received her Filmfare Best Tamil Actress Award for her most noted critically acclaimed performance in her third Tamil film, Ghajini (2005). She then played the lead female roles in many successful films, the most notable being the action films Sivakasi (2005), Varalaru (2006), Pokkiri (2007), Vel (2008) and Dasavathaaram (2008), hence establishing herself as the leading actress of Tamil cinema and was also honored by the Tamil Nadu government with the Kalaimamani award for her excellence in the field of art and literature. In 2013, Asin was conferred with the Pride of South Indian Cinema award at SIIMA for her contribution to Tamil cinema.

In late 2008, Asin made her debut in the Bollywood film Ghajini (2008), opposite Aamir Khan, which was the first Bollywood film to have collected more than ₹1 billion in the domestic box office, subsequently collecting ₹1.9 billion (US$25 million) worldwide. Asin won the Filmfare Best Female Debut Award and many accolades for Ghajini. 2011 marked the most successful phase of Asin’s Bollywood career, as she starred in Anees Bazmee’s romantic comedy Ready, in which she co-starred alongside Salman Khan. The film was a major hit at the box office, collecting ₹1.84 billion (US$24 million) worldwide. In 2012, Asin first starred in Sajid Khan’s multistarrer Housefull 2, which collected more than ₹1 billion. She then featured in Bol Bachchan and Khiladi 786, which were also commercially successful with both grossing over ₹1 billion.

Asin was born on 26 October 1985 at Kochi in the state Kerala in a Malayali Syro-Malabar Catholic family. Her father Joseph Thottumkal is an Ex-CBI officer and later managed several businesses. Her mother Seline Thottumkal, who moved from Kochi to Chennai and then to Mumbai to live with her daughter, is a surgeon. According to custom, Asin was to be named Mary, after her paternal grandmother. Asin’s father however, named her Asin as the name had a beautiful meaning. Asin has quoted that her name means “pure and without blemish”. She states that the ‘A’ in her name is from Sanskrit meaning “without”, and “sin” from English.

Asin is a Catholic Christian belonging to the Syro-Malabar rite, and currently resides in Mumbai. She also owns an apartment in Marine Drive, Kochi and a farmhouse in Vagamon, Kerala. The actress is a polyglot. She can speak seven languages; being well-versed in Malayalam (her mother tongue), Tamil, Telugu, Sanskrit, English, Hindi and French. Asin also speaks a smattering of Italian and learnt basic Marathi for her movie Khiladi 786, in which she played a typical Marathi girl. In June 2013, it was reported in the Indian media that Asin was learning German during her free time. She began learning Spanish after visiting Spain in early 2014.

Asin married Micromax co-founder Rahul Sharma in January 2016 in a Christian wedding that was followed by a Hindu ceremony, and quit acting after marriage. Their first child, a daughter Arin, was born on 24 October 2017.

Humanitarian work
During the shoot of her film Ready in Sri Lanka, she was part of camps that were meant to help the Sri Lankan Tamil people who were affected by the Sri Lankan Civil War.

In an interview during the DNA I Can Women’s Half Marathon in 2012, Asin, speaking about the importance of health and the necessity of education said:
This cause is probably one of the biggest women-centric issues in our country. I support the education of six children each year, five of which are girls. I have closely worked with these children and I know that if given the opportunity, women can educate themselves much better and know what is wrong or right for them. Education is a basic right and women should not be deprived of that.

Brand ambassador
Asin has been the brand ambassador for several companies and products and has appeared in commercials for Avon, Mirinda, Colgate, Fairever, Tanishq, Big Bazaar, Parachute, Spinz talc, Lux, Amrutanjan Healthcare, and Clinic All Clear. Asin has been endorsing Mirinda soft drinks since 2004.