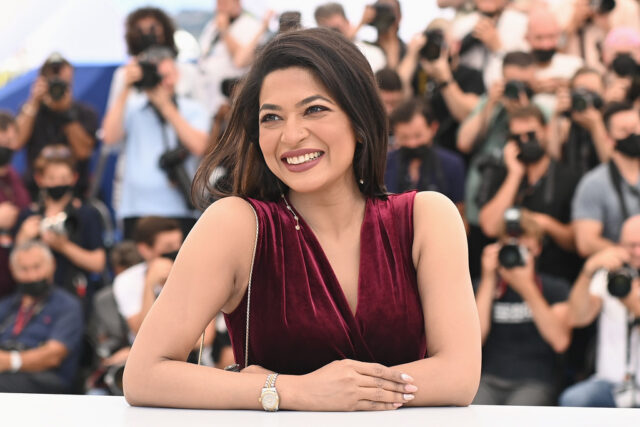 Azmeri Haque Badhon Height Weight Bra Size Age Biography Family Wiki Net Worth, Affairs, Marriage & much more. Azmeri Haque Badhon, popularly known as Badhon, is a Bangladeshi actress and dentist who became the 2nd runners-up at the Lux Channel I Superstar in 2006. Later, she made her film debut with a film called Nijhum Oronney in 2010 opposite Ilias Kanchan and Champa. She has appeared in a number of TV dramas as well. She gained huge praise from national and international media for her deeply affecting central performance at Rehana Maryam Noor, the first officially selected Bangladeshi film in the “Un Certain Regard” section of the 74th Cannes Film Festival. She wins in the 14th Asia Pacific Screen Awards (APSA) in the “Best Actress” category for this film. She also won the Hong Kong Asian Film Festival award in the New Talent category for the same film.

Azmeri Haque Badhon studied at Bangladesh Dental College, Dhaka, and received a Bachelor of Dental Surgery from the college. Badhon was deeply passionate about the media industry and eventually took part in a Beauty Pageant at a young age. She is also well known for her work in drama serials such as Choita Pagla, Shuvo Bibaho, Chand full Omaboshsha, Rong and Hijibiji Nothing. She also has an interest in dental practice. Badhon is mostly busy with television plays these days. She will make her Bollywood debut with Vishal Bhardwaj’s ‘Khufia’in a prominent role alongside renowned Indian actor Tabu and Ali Fazal.