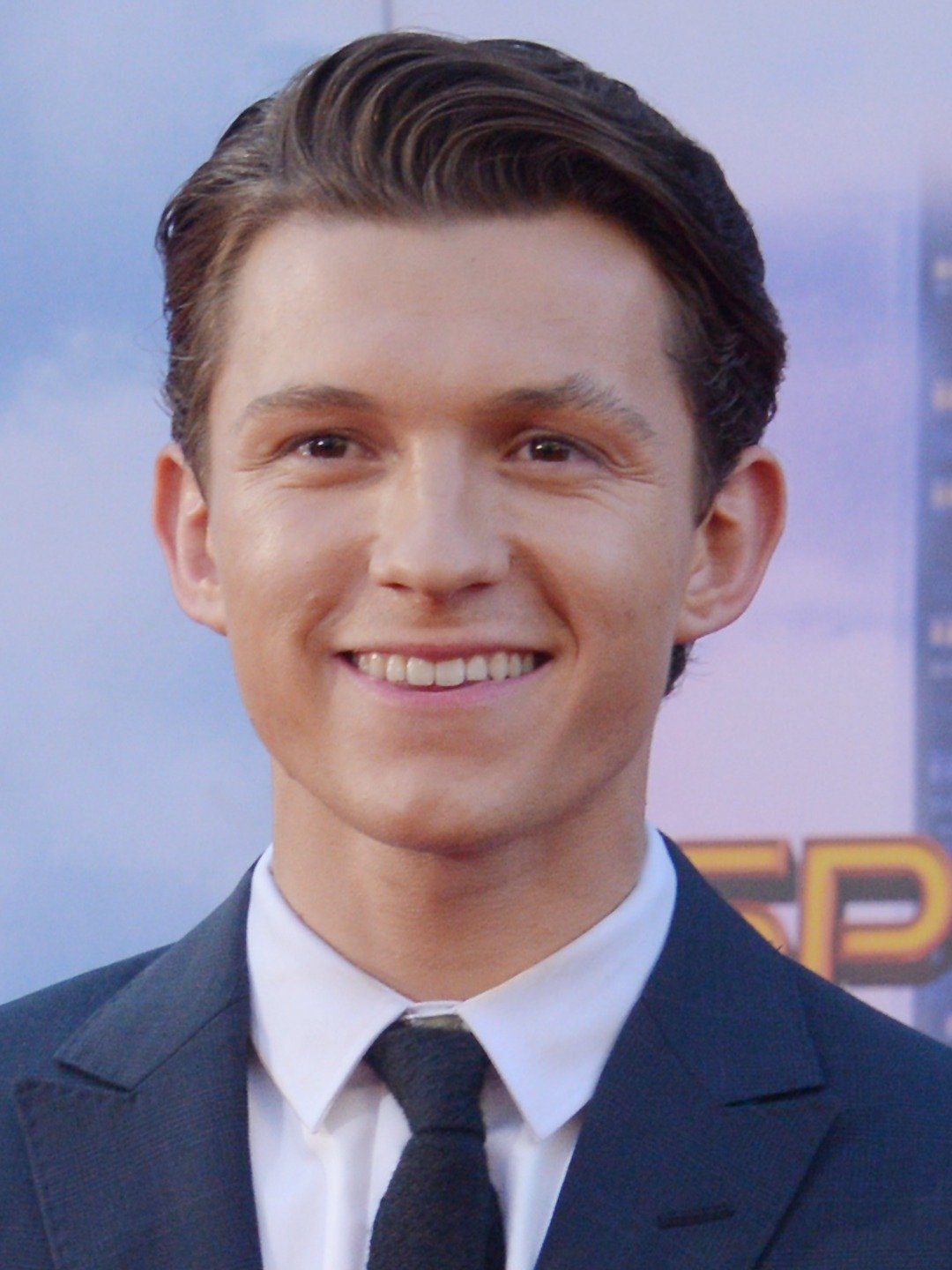 om Holland is a British actor, best known for portraying the famous superhero, Spider-Man. Tom played Peter Parker in popular Hollywood flicks, such as ‘Spider-Man: Homecoming,’ ‘Avengers: Infinity War,’ and ‘Captain America: Civil War.’ He began his acting career at the age of twelve, when he made his ‘West End’ theatre debut on June 28, 2008. He played an important role in the popular act ‘Billy Elliot the Musical,’ which eventually earned him the opportunity to meet the then Prime Minister of the United Kingdom, Gordon Brown. Tom made his first television appearance in September 2008, when he was interviewed by ‘Channel 5.’ In 2011, he made his film debut and went on to act in super hit movies. Tom Holland has won many awards for his acting skills. In 2017, he received the prestigious ‘British Academy Film Award’ (BAFTA). In 2021, he starred in a superhero film ‘Spider-man: No Way Home,’ that became the top-grossing film of the year and grossed over $1 billion across the globe. He is quite popular on social media, especially Instagram where he has over 66 million followers.

Thomas Stanley Holland was born on 1 June 1996 in Kingston upon Thames in south west London, to photographer Nicola (née Frost) and Dominic Holland, a comedian and author. He has three younger brothers. His paternal grandmother was from Tipperary, Ireland. Holland lives in Kingston upon Thames, near the house of his parents and younger brothers. As his parents have creative professions, he is often inspired by them, he considers his father a role model who has unofficially worked as his manager due to his experience in the industry.

Holland was educated at Donhead, an all-male Catholic preparatory school in Wimbledon in south west London. When he was seven, he was diagnosed with dyslexia. His parents sent him and his brothers (to avoid making them feel neglected) to a private school so he could get the necessary attention. Although Holland liked the new school, this started to drain his family’s finances. Holland attended Wimbledon College, a voluntary aided Jesuit comprehensive school, followed by the BRIT School for Performing Arts and Technology in Croydon.

Growing up, Holland considered several career choices. As a child, he was a fan of Janet Jackson’s songs, and would often dance to them. His mother, impressed with this, signed him up for a dancing class, which was advertised in the private school that Holland was visiting at the time. In his teens, Holland briefly attended carpentry school in Cardiff, Wales. At one point, he considered becoming a primary school teacher, as he enjoys being around children.

Nadia Khomani of The Guardian said that Holland’s “cheeky British charm, vulnerability and wit” has made him the object of infatuation on the internet. Jonathan Dean of The Sunday Times considered him to be “poised and professional, but also so confident and personable” and took note of his maturity “despite boyish wiriness”. German actor Sönke Möhring, his co-star from The Impossible, similarly remarked on his professionalism, adding, “he is blessed with a deep soul down to earth, very polite and a friendly kid.” Kevin Macdonald, who directed Holland in How I Live Now, praised him as confident, “articulate and enthusiastic”, and attributed Holland’s success to his positive energy. When asked about the secret to his success, Holland said he believes in avoiding trouble and working hard.

Holland appeared on Screen International’s “UK Stars of Tomorrow – 2012”, and The Hollywood Reporter’s “Next Gen 2015”, a list of promising newcomers in film. In 2019, he featured on Forbes’ “30 Under 30 Europe”, a list of influential people under 30 years, and Insider Inc.’s “45 young stars who will one day rule Hollywood”. After appearing on Glamour’s “Hot, Young & British Actors 2020”, he was named among the best actors under 30 by Tuko, and Complex Networks in 2021. In the former listing, Ryan Mutuku described him as “a darling to the English media” because of his openness and willingness to also give interviews not related to film promotions. Calling him “his generation’s biggest leading man” in 2021, GQ’s Oliver Franklin-Wallis wrote, “Holland has ascended to a tier of stardom few actors ever reach, and rarely so young”. Variety editors Brent Lang and Rebecca Rubin reported in December 2021 that after the success of the Spider-Man films, Holland could become a top-paid actor in the future. They noted the lack of young leading men in Hollywood and saw Holland’s potential to herald a new generation of successful actors.

Holland considers himself to be “an impossible people pleaser”, which according to Olivia Singh of Yahoo! News has resulted in his facing burnout and an incident where he vomited after a press conference. A self-admittedly indiscreet person, Holland has gained a reputation for inadvertently spoiling important plot elements of his films during interviews and press conferences. His MCU co-stars labelled him the “least trustworthy” cast member in terms of spoilers. To prevent an incident, he only read parts of Captain America: Civil War’s script. Joe Russo similarly avoided giving Holland the script to Avengers: Endgame, and Holland knew only his lines. Holland has expressed his views on the film industry. In a 2019 interview with The Sunday Times, he spoke for more representation of racial minority and the LGBT community in film. That year, when filmmaker Martin Scorsese criticised Marvel films for their lack of portraying human emotions, Holland responded: “he doesn’t know what it’s like because he’s never made one.” Holland further said that MCU films will always do well commercially regardless of their quality, whereas a bad independent film might not. In 2022, he criticised actor Tom Cruise for taking credit for “resurrect[ing] Hollywood” during the COVID-19 pandemic with Mission: Impossible – Dead Reckoning Part One (2023) and overlooking the commercial impact of his film Uncharted.

Holland is active on the social networking service Instagram, and he often uses his number of followers to impress auditioners. On the other hand, he describes himself as a private person and is reluctant to discuss his personal life in public. As of November 2021, he is in a relationship with his Spider-Man co-star, Zendaya. He thought the media attention to their relationship breached their privacy. Holland discussed having sleep paralysis nightmares of paparazzi in his bedroom.

Tom Holland is close to his siblings and his father. Along with his siblings, he sponsors a non-profit organization called ‘The Brothers Trust,’ which raises money for charitable causes. Apart from dancing, Tom also practices gymnastics. He spends his free time watching his favorite football club ‘Arsenal F.C.’ He resides in London, along with his pet dog, Tessa.

Tom Holland had been a Spider-Man fan since he was a young boy, which made his casting even more heartfelt and personal for him. Holland made his debut in the Marvel Cinematic Universe in 2016 when he appeared as Spider-Man in Captain America: Civil War. This performance also gave us the Tony Stark and Peter Parker duo which became a fan favorite, and it also reflected in a father-son-like relationship between Tom Holland and Robert Downey Jr. In 2017, Tom Holland starred in his solo feature, Spider-Man: Homecoming and the rest is history.

Despite being involved with Marvel Studios and earning more than several other actors his age, Tom Holland continued pursuing roles in other movies and has created quite an impression in Hollywood, and amongst fans. Now, Tom Holland is set to star in the series The Crowded Room, which is scheduled to release in 2023. He will also be the executive producer of this series. It will be interesting to see how Tom Holland’s career shapes up in the coming years, and whether or not he will return to the Marvel Cinematic Universe. Maybe we can expect to see him in Avengers: The Kang Dynasty!

As of 2022, Tom Holland is officially dating his Spider-Man co-star Zendaya, and fans have been rooting for this couple for the longest time now. The rumors between the two began sometime in 2017, although the two always joked about it and denied these rumors. While fans were convinced that Zendaya and Tom were dating, rumors sparked between Zendaya and Jacob Elrodi, however, the couple broke up months later. In 2021, Tom Holland and Zendaya broke the internet with pictures of them kissing in the car, and while some thought it was simply a PR stunt for Spider-Man: No Way Home, the couple eventually went on to confirm their relationship, and are now planning on moving in together. Could there be wedding bells sometime soon?

Although Tom Holland has mainly been romantically linked with Zendaya, it isn’t his only relationship. Holland has previously been rumored to have dated Olivia Bolton, Nadia Parkes, Ella Purnell, and Elle Lotherington. While he might have dated other women, fans only seem to care about his relationship with Zendaya, which is frankly quite sweet with how they support each other online and the fact that they are real-life Peter and MJ only make it sweeter.

Tom Holland is going to be around for a long time, his talent and versatility will surely get him several roles and we can’t wait to see what’s in store for him. While you’re at it, do let us know which is your favorite Tom Holland movie so far!