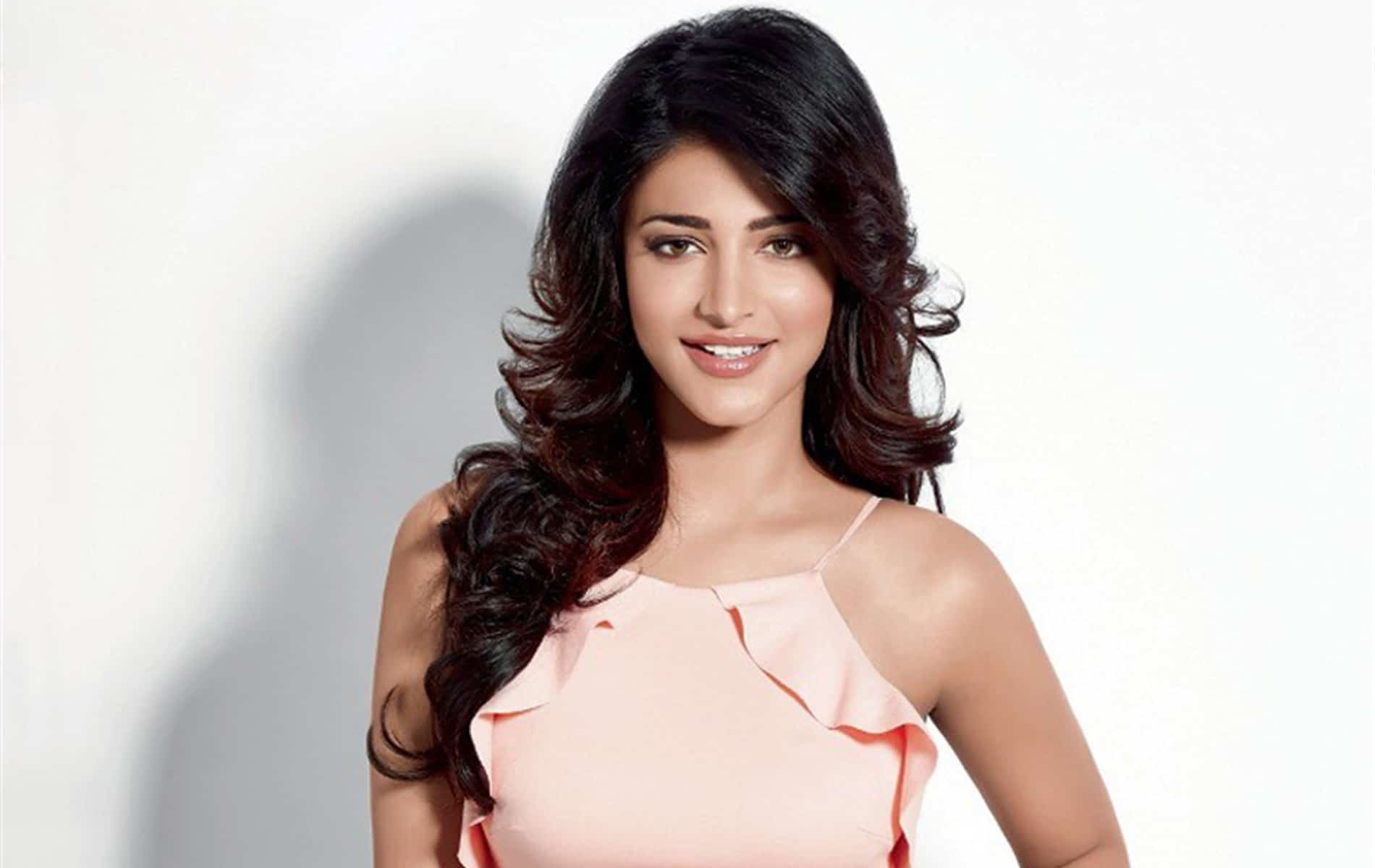 Shruti Haasan (born 28 January 1986) is an Indian actress and playback singer who works predominantly in Telugu, Tamil and Hindi language films. Born in the Haasan family, she is the daughter of actors Kamal Haasan and Sarika Thakur.

As a child artist, Haasan sang in films and appeared in a guest role in her father’s directorial Hey Ram (2000), before making her adult acting debut in the 2009 Bollywood film Luck. She achieved recognition with leading roles in the Telugu romantic comedy Oh My Friend (2011), the Telugu fantasy film Anaganaga O Dheerudu (2011), the Tamil science fiction action film 7aum Arivu (2011). Her roles in the latter two earned her the Filmfare Award for Best Female Debut – South. Haasan went on to establish herself in South Indian cinema with several commercially successful films, her breakthrough & stardom in Telugu films including Gabbar Singh (2012), Balupu (2013), Yevadu(2014), Race Gurram(2014), Srimanthudu (2015), Krack (2021) & Tamil films Vedalam and Si3 (2017). She won the Filmfare Award for Best Actress – Telugu for the action-comedy Race Gurram (2014). Haasan’s Hindi film roles include the critically acclaimed action thriller film D-Day (2013), Ramaiya Vastavaiya (2013), the action film Gabbar Is Back (2015), and the action-comedy Welcome Back (2015).

Shruti Haasan was born to actors Kamal Haasan and Sarika Thakur in Madras (present-day Chennai). Her father is a Tamilian, while her mother Sarika was born to a Maharashtrian father and Rajput mother. Her younger sister Akshara Haasan is also an actress. Actor and lawyer Charuhasan is her uncle. Her cousins are actresses Anu Hasan and Suhasini Maniratnam. Haasan studied at Lady Andal school in Chennai and moved to Mumbai to study psychology at St. Andrew’s College.

Haasan focused on cinema and music and eventually traveled to the US to continue to learn music at the Musicians Institute in California, before returning to Chennai.