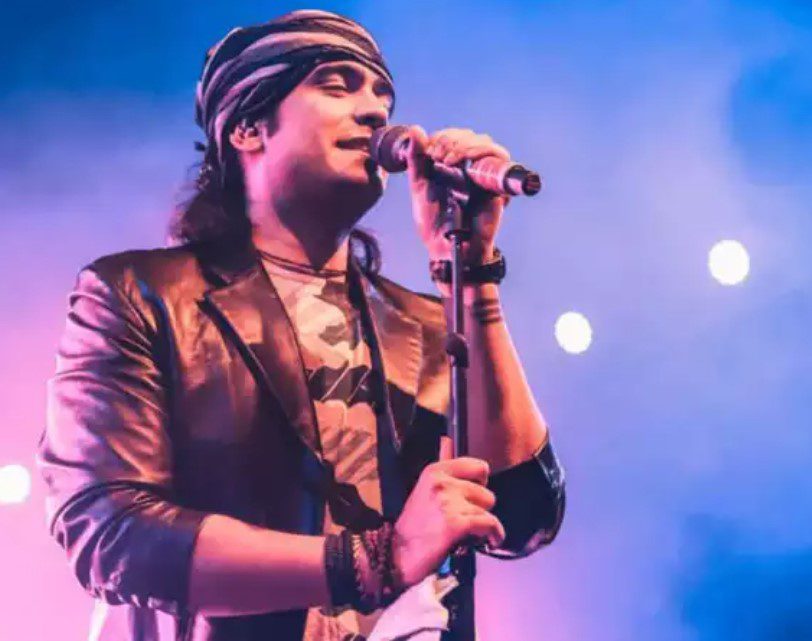 Jubin Nautiyal is an Indian singer & songwriter. He was awarded the upcoming Male Vocalist of the 8th Mirchi Music Awards, 2016 for Bajrangi Bhaijaan’s song “Zindagi Kuch Toh Bataa”. Nautiyal has also been honored by many more awards for his excellent singing and performance. He sang many hit songs in his career. Apart from this, he has also recorded songs in many Indian languages.

Jubin Nautiyal was born on 14 June 1989 in Dehradun. His father, Ram Sharan Nautiyal, is a businessman and politician in Uttarakhand and his mother, Neena Nautiyal, is a businesswoman. He showed an inclination towards music at an early age of four, taking after his father’s love for singing. He did his schooling up to eighth grade from St. Joseph’s Academy, Dehradun. Thereafter, he continued his schooling at Welham Boys’ School, Dehradun, where he formally studied music as a subject and built a base in classical music. He also learnt playing instruments like guitar, piano, harmonium, and drums. By the age of 18, Nautiyal was well known as a singer in his hometown of Dehradun. He performed live at many events and donated to charities.

After completing his schooling, he moved to Mumbai in 2007 and joined Mithibai College. He continued to train in music (under Pandit Chhannulal Mishra in Varanasi) and ventured into Bollywood. During this time he met A.R. Rahman who appreciated his voice quality and suggested that he continue to work and explore his voice for a few more years before entering into the Indian Music Industry. Taking Rahman’s advice, Nautiyal moved back to his hometown and continued to train under his schoolteacher, Mrs. Vandana Srivastava. He also took additional music lessons in the Hindustani classical music from his Guru Mr Samant. He spent four years polishing his skills in music, traveling and playing with different musicians, and traveled to Benaras to learn light classical from Chhannulal Mishra. He also took training in western music at a music academy in Chennai where he had the opportunity to study under veteran guitarist Prasanna.

In 2011, Nautiyal participated in the television music reality show X Factor where he went up to being in the top 25 participants.

He made his debut in the Indian music industry with the song “Ek Mulakat” from the film Sonali Cable (2014). He also sang ‘Meherbani’ for The Shaukeens in the same year. In 2015, he sang ‘Zindagi’ for Bajrangi Bhaijaan, ‘Bandeyaa’ for Jazbaa, ‘Tu Itni Khoobsurat Hain Reloaded’ for Barkhaa and ‘Samandar’ with Shreya Ghoshal for Kis Kisko Pyaar Karoon.

He made his Telugu debut for Sarrainodu under the music direction of S. Thaman and Bengali debut in the movie Aashiqui.

In 2016, Nautiyal performed on MTV Unplugged Season 5 and sang Dahleez‘s track “Jiya Re”. He worked with composer duo Sachin–Jigar for the title track of series Ek Duje Ke Vaaste and Amit Trivedi for the film Fitoor where he lent his voice for “Tere Liye” along with Sunidhi Chauhan. He also worked with composer Nadeem Saifi for the title track of Ishq Forever and also sang two songs for Kuch Kuch Locha Hai under them. He also collaborated with JAM8’s Kaushik and Akash for “Gumnaam Hai Koi” for the film 1920 London. His songs “Le Chala” for One Night Stand and “The Sound of Raaz” and “Yaad Hai Na (Reprise)” for Raaz Reboot gave him an opportunity to work with composer Jeet Gannguli and this collaboration continued till “Dhal Jaun Main” for Rustom.

In 2017, he was the lead singer for the film Kaabil which had music by Rajesh Roshan, and also sang “The Humma Song” for Dharma Productions’s film Ok Jaanu. He released a Hindi pop song along with Pawni Pandey named ‘Dil Budhhu’ on T-Series He sang for Raabta, Tubelight, Commando 2, and Machine. He sang ‘Banwra Mann’ for Jolly LLB 2, ‘Socha Hai’ Remake for Baadshaho and ‘Raat Baaki’ Remake for Ittefaq. He also sang the title track of Star Plus series Tu Sooraj, Main Saanjh Piyaji with Palak Muchhal and for Star Parivaar Awards 2017. In 2018, he sang ‘Gazab Ka Hai Din Remake’ with Prakriti Kakar for Dil Juunglee, and ‘Boond Boond’ with Neeti Mohan for the film Hate Story 4. For the same film, he also sang ‘Tum Mere Ho’ with Amrita Singh under Mithoon’s composition. This was also his first collaboration with Mithoon following Baaghi 2. He also sang ‘Pehla Nasha Once Again’ with Palak Muchhal for Kuchh Bheege Alfaaz.

In January 2022, his song “O Aasamanwale” was released by T-Series. It was an album of a musical love song in which Nautiyal was onscreen with the artist Neha Khan. The song was written by Manoj Muntashir and composed by Rochak Kohli.

On 1 February 2022, “Tumse Pyaar Karke” was released by T-Series featuring Gurmeet Choudhary and Ihana Dhillon. This is the music of Payal Dev and sung by Tulsi Kumar and Nautiyal.

He did his schooling from St. Joseph’s Academy in Dehradun to the eighth grade. Subsequently, he continued school at the Welham Boys’ School in Dehradun, where he formally studied music as a subject and formed a foundation in classical music. He also learned to play instruments such as guitar, piano, harmonium, and drums. After completing his schooling, he moved to Mumbai in 2007 and enrolled in Mithibai College. He continued music training and explored the music scene of Indian films.

During this time, A R Rehman appreciated the quality of his voice and suggested that he continue to work on his voice for a few more years before entering the Indian music industry. And underwent training under the teacher of her school, Mrs. Vandana Srivastava. He also studied additional music in Hindustani classical music from his mentor Sri Samanta. Jubin traveled to Banaras to learn light classical from Channulal Mishra. He also underwent western music training at a music academy in Chennai where he got an opportunity to study under veteran guitarist Prasanna. In 2011, Jubin participated in the television music reality show X Factor, where he appeared among the top 25 contestants.