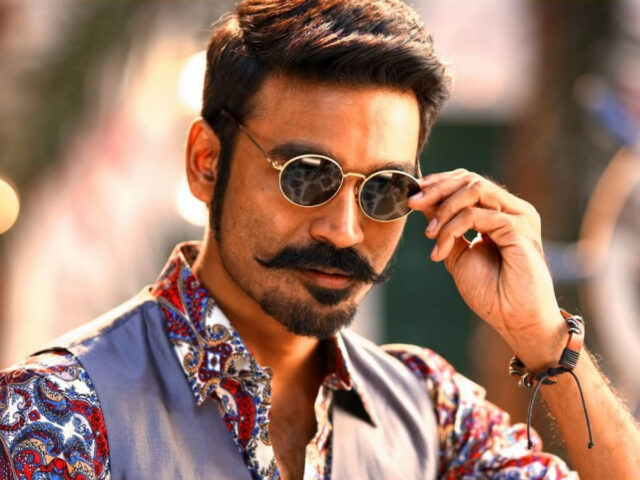 Dhanush’s first film was Thulluvadho Ilamai, a 2002 coming-of-age film directed by his father, Kasthuri Raja. He achieved further success in Polladhavan (2007) and Yaaradi Nee Mohini (2008), both of which were critically acclaimed and commercially successful. His role as a rooster fight jockey in Aadukalam (2010) won him Best Actor at the 58th National Film Awards and Best Tamil Actor Award at the 60th Filmfare Awards South. He continued success with films including 3 (2012), Maryan (2013), Anegan (2015), Kodi (2016), Vadachennai (2018) and Asuran (2019). Vadachennai emerged as the highest-grossing A-rated Tamil film of all time, while Asuran entered the 100 Crore Club earning a revenue of ₹100 crore within a month of its release, when adding the theatrical box office collections with non-theatrical revenue such as satellite, digital, and audio rights. During the 2010s, Dhanush also starred in the action comedy film series Maari (2015) & Maari 2 (2018) and Velaiilla Pattadhari (2014) and Velaiilla Pattadhari 2 (2017).

In 2011, Dhanush’s popular song “Why this Kolaveri Di” from the romantic psychological thriller film 3 became the first Indian music video to cross 100 million views on YouTube. He made his Bollywood debut with Aanand L Rai’s Raanjhanaa (2013). His performance as an obsessive one-sided lover in the film won him the Best Male Debut Award and earned a Best Actor nomination at the 59th Filmfare Awards. Dhanush produces films through his production company, Wunderbar Films, and he made his directorial debut with Pa Paandi (2017). His song “Rowdy Baby” from Maari 2 became one of the most-viewed Indian songs of all time. It is the only South Indian video song to receive 1 billion views on YouTube. Dhanush won his second National Film Award for Best Actor for Asuran (2019).

Dhanush was born as Venkatesh Prabhu Kasthuri Raja to Tamil film director and producer Kasthuri Raja on 28 July 1983. He entered acting after being pressured by his brother, director Selvaraghavan.

Dhanush married Aishwarya, Rajinikanth’s eldest daughter on 18 November 2004. They have two sons named Yatra and Linga, who were born in 2006 and 2010 respectively.

Dhanush occasionally records music, generally for his own films. He was introduced as a playback singer in Pudhukottaiyilirundhu Saravanan, by its composer Yuvan Shankar Raja and collaborated again with him in his brother Selvaraghavan’s directorial, Pudhupettai. He sang further numbers in Selvaraghavan’s films Aayirathil Oruvan and Mayakkam Enna; the former featured him alongside his wife Aishwarya Rajinikanth.

“Why this Kolaveri Di” was released on YouTube in 2011 as part of the soundtrack to the film 3, the directorial debut of Aishwarya Dhanush. The song became the most searched video in India. Anirudh Ravichander was the soundtrack composer for the film and Dhanush wrote much of the lyrics. He has also sung “No Problem” in the Kannada movie Vajrakaya and “Thikka” in the Telugu movie Thikka.

Dhanush has sung for the debutant musician Ganesh Chandrasekaran in the film Ezhumin. The song was received well among the audience as he famously renders it emotionally.